Evolution of Recruitment – The People Industry

Evolution of Recruitment – The People Industry

Recruitment is a process of attracting, selecting and placing the right candidate for the right job at the given time and economy. It is highly admiring that a process has been successfully transforming for several decades and will continue to do so.  While researching about recruitment for more than a decade, I discovered that there is strong belief about recruitment being existent since the day people formed/gathered in groups to perform any task – you may date this back to the stone-age or time of emperors or the industrial revolutions or pre-post World Wars to today! I see this as an evolution of task to a process and to an industry. May be a Transformation! #respect #admire

The Old-age (Days of Emperors): when a baby was born, he/she was believed to be the soldier and was taught the arts of war to join the Army. This was said to be ‘Self Recruitment’. Later, there were protests against the emperors for farms/fields and for the right to sell the goods directly to the public for a better price. As they progressed, entrepreneurs started recruiting the labor. Is this an assumption or just a belief that recruitment is old as saga of kingdoms? May be! BTW, the world's first empire was formed about 2250 B.C.

Industrial Revolutions (1760>1840): With the rapid increase of industries across nations was the need for more manpower. But, the working conditions were uncertain like - child labor, less wages, poor-living conditions and long working hours. Workers started forming unions to protest against this which led to first & second revolutions resulting in urbanization, decreased child labor, better wage and benefits. This encouraged people to migrate to urban cities. Agencies played a major role planning and recruiting the manpower. This had led many small & mid-sized agencies to scale-up and look at recruitment as the future. Walk-ins, references and standing on the roads advertizing their skills written on boards were the primary job searching avenues; Agencies advertised jobs through bulletin boards, newspapers, announcements & flyers in public places, theaters, town halls, etc,. 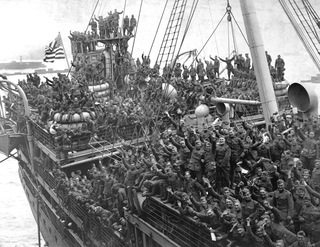 Pre & post World Wars – WWI/WWII (1914>1945>later): As the army was in the battle, many positions were open. Companies and the government approached the agencies to recruit manpower. Agencies began to advertise for members of society who were not called into military service.  Once the war ended, the agencies remained with the purpose of finding the returning war veterans (with their new skills) a job. Distributing the CV/resume (self-written, hire type-writers, take the help of agencies) was the new job searching avenue during this time. Agencies had ownership of candidates CVs’ written by them.

The management/storage of information was quite challenging as the agencies needed to store files and archives of masses of CVs, This problem was solved in 1983 (launch of MS Word) and with the rise of internet and technology between late 1980s and early 1990s.

Birth of Public agencies: First proposal to establish a public agency ("Office of Addresses and Encounters") was in 1650 by Henry Robinson which was rejected by The British Parliament.

Since the beginning of the 20th century, every developed country has created a public recruitment agency as a way to combat unemployment and help people find work.

In the UK (also ruling the EMEAI), the first agency began in London, through the Labour Bureau (London) Act 1902; amended in 1909 as Labour Exchanges Act 1909. In the USA, The initial legislation was Wagner-Peyser Act of 1933 which was amended as Workforce Investment Act of 1998.

Birth of Private/for-profit agencies: The first private recruitment agency ‘Engineering Agency’ in the USA was formed by ‘Fred Winslow’ in 1893. It later became part of General Employment Enterprises who also owned Businessmen's Clearing House (est. 1902). In 1906, Katharine Felton had started a recruitment agency as a response to the problems brought on by the San Francisco earthquake and fire. 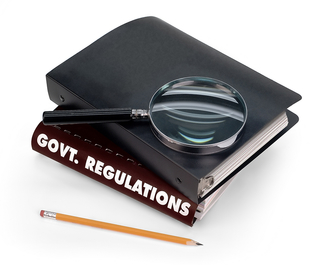 Regulation of the Recruitment Agencies:  In 1919, International Labour Organization of US recommended for the abolition of fee-charging agencies.  After 14 years of discussions by the government and agency unions about this convention a bill was passed in 1933 that resulted in abolition of for-profit agencies if the agencies were not licensed and a fee scale was not agreed in advance. In most countries, agencies are regulated. Like, UK - Recruitment agencies Act 1973; Germany - Employee Hiring Law of 1972, etc. By 1970s along with the booming economy, there was a shift in focus. Recruiters began to work for the client as an increasing amount of corporate and expanding businesses began to outsource their hiring needs to recruitment agencies.

The Internet age > Today: Though Internet/www was launched in 1982, Commercial Internet service providers (ISPs) began to emerge in the late 1980s and early 1990s; fully commercialized in the U.S. by 1995. With the emerging technology/ internet, was the birth of e-recruitment. Recruiters started using web based Applicant Tracking Systems, databases, jobs, advertisements. The first job portal was launched in 1994 by Monster followed by Netstart which is now CareerBuilder. Today, we have numerous job portals and ATSs’ available. A lot of them. 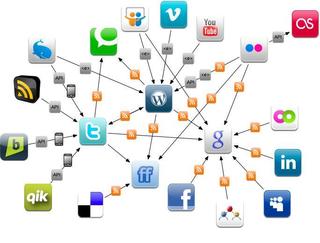 In 2000s, Web 1.0 and its sequel Web 2.0 have highly influenced recruitment industry by letting recruiters leverage Social Media. The concept of "head-hunting" became ever popular while Mobile based recruitment was popping in the market. With several sources available and the need for niche talent, recruitment/sourcing has transformed from being a task to a Research Function. Agencies started forming exclusive sourcing teams and research functions. Today, web based self-branding has become a necessity that most of the applicants, recruiters and agencies have online presence. Be it LinkedIn, Facebook, Twitter, Google+, wordpress, etc. This is an ever-ending list. Few recruiters/candidates own blogs, websites, online portfolios/resumes making web/internet ‘One World Database’ and the trend of ‘Cloud Sourcing’. This new technique includes sourcing the resumes/e-profiles of applicants from web (including but not limited to) search engines, social/professional portals, blogs, e-directories, etc – to keep it short, everywhere!

Recruitment has been one of the ancient yet prominent industries.  Throughout this evolution, one aspect has remained the same – ‘Change is the trend’. We will see continued transformation in future as well, especially in methodical and technical approach of recruiters. Data analysis/intelligence is expected to be a critical area of focus for the recruiters/agencies. Agencies, recruiters, candidates/applicants have high visibility in the internet world. So, everyone should be unique & innovative to offer a competitive-edge. In addition to your processes, tools, methodologies – your willingness to change for better will help secure the position in the competition.

References: A decade+ experience as a recruitment consultant / Wikipedia / Google.

Disclaimer: All content is to express my individual opinions for informational purposes only and will not be liable for any errors or omissions in this information nor for the availability of this information.

You need to be a member of Boolean Strings Network to add comments!

Thomas J. Longo is now a member of Boolean Strings Network
6 hours ago
Welcome Them!